The title of this research is "Religious Identity and Social Movement Pattern (Case Study of Islamic Defenders Front in Palembang City)". This study examines the pattern of FPI social movements in the city of Palembang in upholding Amar Ma'ruf Nahi Munkar and the impact of the use of the religious identity. This paper parses and discusses how the FPI in eradicating immoral place (Controling) and other social activities carried out by the Islamic Defenders Front in the city of Palembang and how the impact of the use of religious identity on the FPI social movement in the city of Palembang.  The method used in this study is a qualitative method that is the method of field research. In this study there are two sources of data, namely primary data and secondary data sources. Data collection techniques through observation, interviews, documentation and data were analyzed descriptively qualitatively. Determination of informants in research carried out in a manner that has been determined. The informants chosen in this study were the Chairperson of Palembang City FPI, Palembang City FPI Secretary and Palembang City FPI Secretary General Wing.  The findings obtained from this study include, first, the pattern of field action used by the Islamic Defenders Front is controling immoral places. Islamic Defenders Front usually do after getting reports from the public and of course follow the procedures that have been determined by the standard procedures of FPI. Secondly, the pattern of the FPI movement in religious activities that is, conducting Majlis Ta'lim or Tabligh Akbar from mosques, especially in the Daarul Muttaqin mosque, is carried out every Saturday night. Then the routine recitation of the FPI maracas every evening Friday, and open preaching training in the city of Palembang, so the organization's religious activities are open to the public. Third, the pattern of the FPI movement in social activities that is, in the field of education FPI provides education in a strict manner especially religious education, such as chanting, memorizing the Qur'an and other religious knowledge. As for FPI health activities in Palembang City generally in South Sumatra, such as blood donations, mass circumcision, providing ambulance cars, social services and opening posts for those affected by the disaster, be it fires, landslides and other disasters in South Sumatra. HILMI is a subsidiary of the FPI organization that moves to help when there is a disaster that occurred in South Sumatra. Fourth, the FPI movement pattern in political activities to voice or support candidates who ask for help from FPI, there must first be an agreement and help or defend Muslims and fight for Islamic law. If the candidates are willing, FPI is ready to help fight for their aspirations through political channels. The impact of the use of religious identity on the patterns of movement carried out by FPI in its activities has always been responded well from the government and accepted by the community. Because the impact of every movement or action there has never been a conflict between the government and the people in Palembang City. 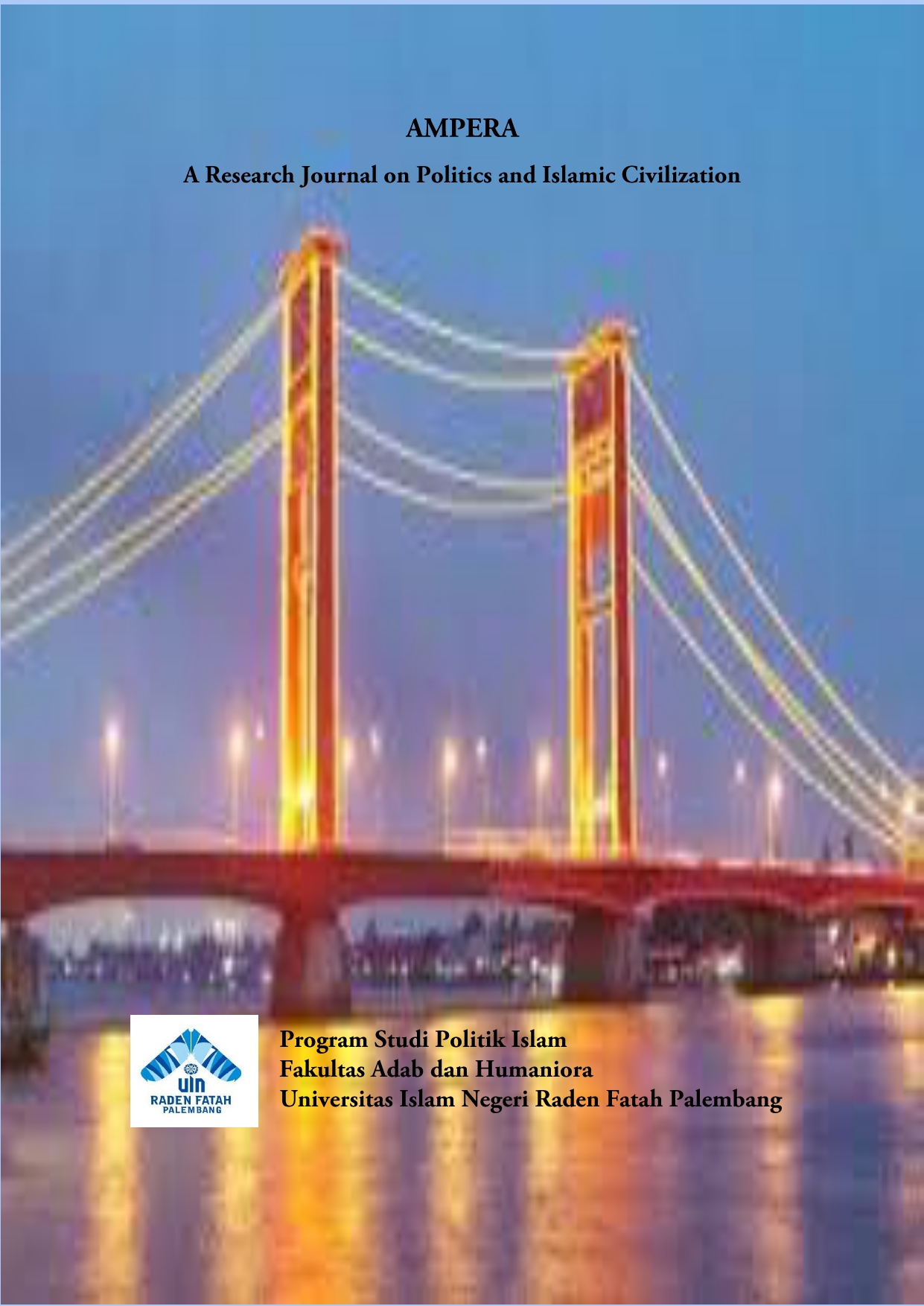