The performance of a bank reflected the soundness of the bank itself. Healthy bank is a bank's ability to carry out normal banking operations and is able to meet all its obligations properly in ways that conform with applicable regulations. The health of banks is a value that must be maintained by each bank. This is due to both the poor health of banks will affect the confidence the parties related to the bank as the bank's depositors, shareholders, government, Bank Indonesia and the general public. This study aimed to analyze the influence of Capital Adequacy Ratio (CAR), Non Performing Loan (NPL), ROA, Net Interest Margin (NIM) and the Loan to Deposit Ratio (LDR) to the Return On Asset (ROA) Bank Sumsel Babel the period December 2000- December 2012.Data obtained from the Quarterly Financial Report and Annual Report published by the Bank Sumsel Babel with the time period December 2000 to December 2012. The analysis technique will be used in this research is multiple linear regression to obtain a comprehensive picture of the relationship between the variables and the other variables. The results of this study showed that simultaneous CAR, NIM, ROA, LDR and NPL has an effect on the Bank's performance Sumsel Babel proxied by the ROA of 66.4% and the remaining 33.6% is influenced by other factors not examined in this study. While the results of the partial test variable BOPO significant negative effect on ROA and variable Loan to Deposit Ratio (LDR) positive and significant impact on Return On Asset (ROA) Bank Sumsel Babel. Variable CAR, and NIM and no significant positive effect on ROA.While non-performing loans (NPL) and no significant negative effect on Return On Asset (ROA) Bank Sumsel Babel.Keyword :Return on Asset (ROA), Capital Adequacy Ratio (CAR), Net Interest Margin (NIM), BOPO, Loan to Deposit Ratio (LDR), Non Performing Loan (NPL) 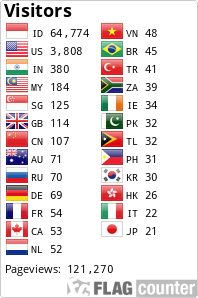