Abstract   South Sumatra has been familiar with writing traditions starting from the VII century to the present with many artifacts in the style of Sanskrit, ulu, Malay Arabic, ancient Javanese, to Latin. The ulu script is a ka-ga-nga script that developed and spread in the ulu deepening area of south Sumatra. The Ulu script is one of the manuscripts in the collection of the south Sumatran state museum with the character of ulu and the Malay dialect of the basemah dialect is the area of south Sumatra and is made of bark or kaghas. The problem with this research is how the philological study of the manuscript and what treatment is in the manuscript. The purpose of the study is to edit and find out the content of the manuscript The philological method used is the diplomatic edition and the standard edition by depicting the manuscript with the original and correcting small errors that are not clear in the manuscript to be studied. This Ulu manuscript is a collection of the state museum of South Sumatra made of brown bark or kaghas with a total of 8 sheets and is still intact. Ulu's script explains the treatment of using cupping which is used as traditional medicine by the local community and also explains how to manage the drug. This manuscript serves as a medium in conveying the values of local wisdom, telling a story, recording customary laws, writing a poem or verse, conveying religious teachings, medicine and medicine, or admonitions. So that in it is important knowledge that is needed by the community.     Keywords: Script; Ulu script; Philology 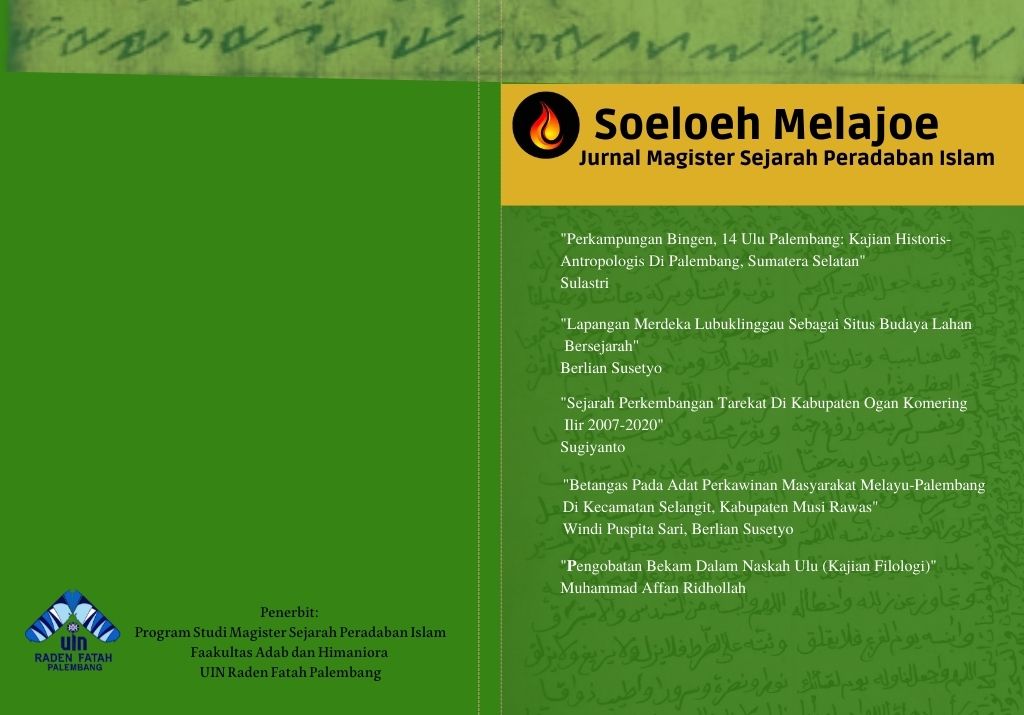