Farmers were the main target of modernization. Capitalism dictated the physicality of women as ideal as possible by providing needs (which are actually desires) that support women's beauty.  women's physical were modified according to the wishes of the market with the aim of been able to hegemony other women. Whereas female farmers were serious challengers of modernization and were considered as a barrier to an advanced society, because it did not follow the times. Actually, the main purpose of modernization was development that exploited natural resourced. When farmers did not want to leave their land, natural resourced as the main fuel for development will be threatened. Karangsewu female farmers prefer chose land as a living space rather than development offers that had the potential to threaten the living space and environmental sustainability, because the independent economic resourced of women in Karangsewu came from the land.

An Nisa'a by http://jurnal.radenfatah.ac.id/index.php/annisa is licensed under a Creative Commons Attribution-ShareAlike 4.0 International License. 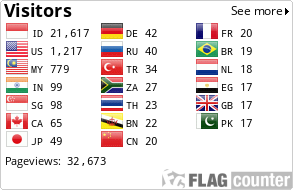