This study aims to understand the meaning of harmony in diversity in the village of Bipolo, East Nusa Tenggara. It uses qualitative research using descriptive methods, by explaining the results of the study. Collecting data by interview, observation and literature study. Eating Sirih-pinang is a habit carried out by the people of NTT in daily activities, traditional ceremonies, and medicine. According to an interview with Deputy Chairman of the BPD, Mr. Fanu Tob. In maintaining the warmth and togetherness of people in the village of Bipolo, Kupang, East Nusa Tenggara, namely by eating betel nut and sharing. If someone has a problem, and given sirih-pinang, then the problem will be solved. In the case of a guest banquet, betel nut must be present, because it is a symbol to entertain guests and a form of appreciation for the guest. It turns out that according to the study the people in the village of Bipolo with their ethnic and religious differences are united with a small thing that is by eating sirih-pinang. 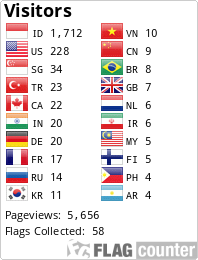