Islam in the Malay World is recognized as one of the most influential cultural areas of the seven cultural regions in the world. Each of these cultural areas despite the Islamic flag, but has different cultural characteristics, each region of culture has its own characteristics and character. In this case, a cultural richness can not be compared to any other State which is equally within the framework of the area of ​​Islamic culture. From this can be seen the difference between Islamic culture in Arab and Islamic culture in the Malay World. The existence of Malay culture and identity increasingly disappears in the midst of Malay society. One of the causes is the political factor with the distribution of several countries including: Indonesia, Malaysia, Brunei Darussalam, Singapore, Myanmar, Vietnam, Thailand and others. Looking into smaller units, the Malay World is now seen as a stand-alone ethnic unit. Each is oriented regional or local politics rather than the general cultural traits of its Malay. Nevertheless, the network of Malay or collective identity is still maintained and preserved until now. This paper analyzes the Malay World in historical trajectories and the extent to which Malay identity has been entrenched and rooted in the midst of society, now the Malay culture and identity is increasingly disappearing in the midst of Malay society. The approach in this paper is the historical approach. Malay identity can be seen from: First, Malay Polynesian race. Second, the Austronesian language family. Third, Iskandar Zulkarnaen the myth of the origin of his descendants. Fourth, it has a 'Malay' customary 'adat' with the use of Malay with some variations of its local dialect. Fifth, Islamic religion. Sixth, it has many similarities in cultural elements in addition to local distinctions. Seventh, strong tolerance, moderate, and cultural approach. 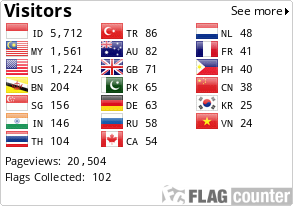