Introduction : This scientific article is an article that discusses the Role of Raden Fatah in Islamization in the Demak Sultanate in 1478-1518. The background of this article tells how Raden Fatah was the founder of the Demak Sultanate and the first Sultan of Demak since its founding in 1478 M. Raden Fatah was a descendant of King Brawijaya V who was the ruler of the last Majapahit Kingdom of a Chinese princess. But Raden Fatah's childhood in Palembang was raised by his mother and his stepfather Aryo Damar. Data Collection Method : In this research article, researchers used historical research methods. Historical research seeks to reveal historical facts in the past. Analysis Data : The steps of this historical research include heuristics, criticism (external criticism and internal criticism), source verification, and historiography. Results and Discussions : The results of this study were that in Islamizing Javanese land, especially Demak, Raden Fatah and the Walisongo built a Great Mosque of Demak. The aim is to bring Islam to the hearts of the people of Demak and its surroundings. Demak Sultanate is increasingly crowded with martyrdom from several regions in the archipelago and abroad because it has good ports and produce. The Demak Sultanate wanted to Islamize the entire land of Java. But the teachings of Islam still maintain tolerance in religion and daily life. Walisongo's role such as Sunan Kalijaga in Islamizing Javanese society through Wayang and Gamelan art was vital. Many Javanese people finally moved their hearts to embrace Islam. Conclusions : The conclusions of this historical research are in the Islamization of the Raden Fatah Javanese community assisted by the Walisongo by promoting the element of local wisdom. Raden Fatah also maintains relations with Prabu Brawijaya V at all times of his own father. Islam developed rapidly in Demak and was able to spread in several regions of the archipelago.  Keywords: Raden Fatah, Islamization, Kingdom of Demak
Published
28-06-2019
How to Cite
Susilo, Agus, and Ratna Wulansari. “Peran Raden Fatah Dalam Islamisasi Di Kesultanan Demak Tahun 1478–1518”. Tamaddun: Jurnal Kebudayaan dan Sastra Islam 19, no. 1 (June 28, 2019): 70-83. Accessed April 22, 2021. http://jurnal.radenfatah.ac.id/index.php/tamaddun/article/view/3401.
Download Citation
Issue
Vol 19 No 1 (2019): Tamaddun: Jurnal Kebudayaan dan Sastra Islam
Section
Artikel 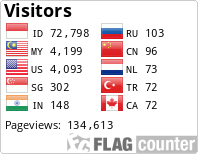