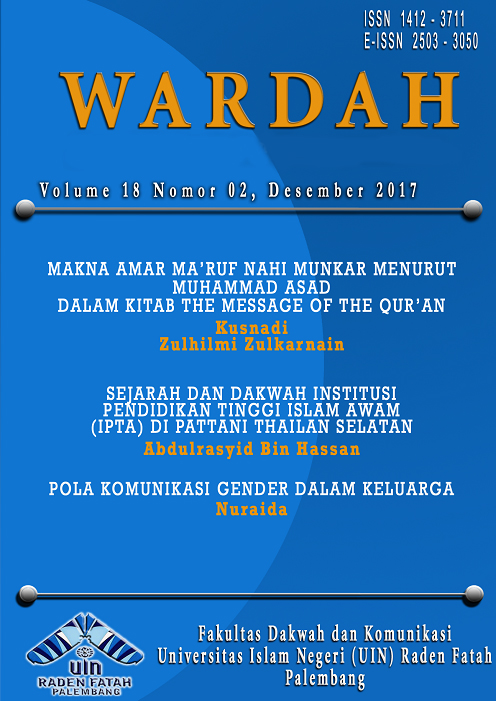 This study purpose to understand Amar Ma'ruf Nahi Munkar according to Muhammad Asad in the book The Message of The Quran. In many Islamic literature, the study of amar ma'ruf nahi munkar has been widely practiced, both among theology, civic organizations, religious politics and literary books of commentary. One of the books that also discusses this study is The Message of The Quran, a book of translations and tafsir, written by Muhammad Asad. It is. This work is in the form of translation and interpretation. The explanations in it are in the form of footnotes and comments on translated verses as well as certain attachments related to particular themes. The compilation of this book is based on the orderliness of the letter as adopted by the majority of scholars and based on the reading of Hafs bin Sulaiman al-Asadi. At each beginning of the letter discussed, the letter periodization is first explained, the general explanation of the contents of the letter content. That Asad always interpret the word amar ma'ruf with something right. While nahi munkar with the opposite meaning something is wrong. Asad revealed to do something must be in accordance with the syariah that contained the Qur'an and sunnah. Because, to reach the best community or people is always to do something in accordance with the law or syariah that prevail in Islam.