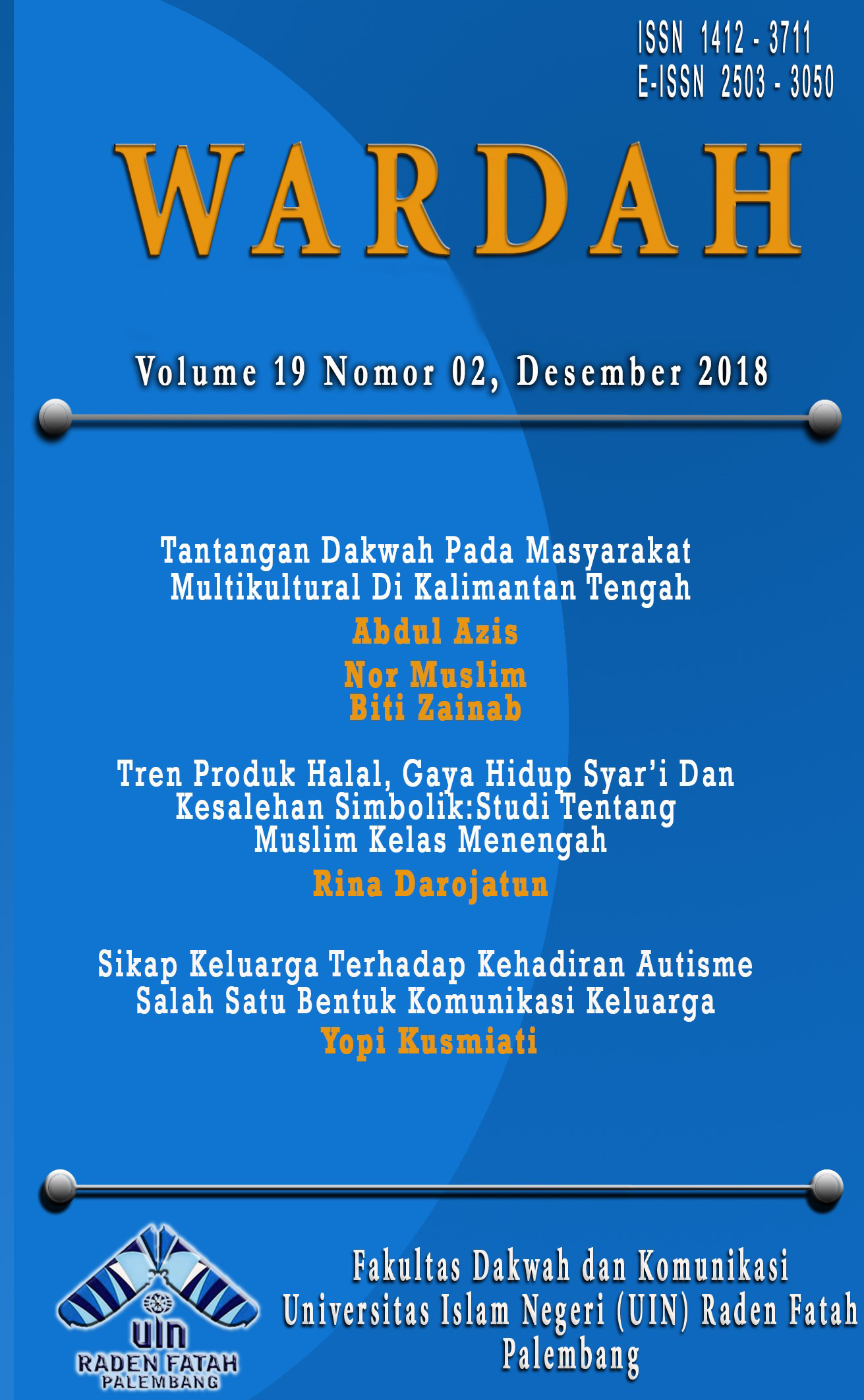 Abstract: Sufistic da'wah is one of the paths of da'wah which was hacked by the early generation to Islamize people and strengthen their faith. Sufism not only developed as a unique approach to God, but also succeeded in presenting the depths of Sufism in a brilliant literal literary form. Then it is interesting to study that Islamic Boarding School Rehabilitation of Ar-Rahman is also indirectly in the therapy of his patients, also using the Sufism approach. Therefore, the purpose of this study. First, to find out how Sufistic preaching was implemented in the Ar-Rahman Palemban Islamic Boarding School. Secondly, to find out the community's response to the Sufistic preaching of the ArRahman Islamic Boarding School in Palembang. Third, this research can be a reference in making new policies for the development of better Sufistic propaganda. Judging from the object of study and the orientation to be achieved, this study is a field study that uses qualitative methods, with a focus on the analysis of Sufistic preaching of the Ar-Rahman Islamic Boarding School in dealing with the psychiatric problems of the Palembang community. Whereas, the sufistic approach carried out by the Ar-Rahman Islamic Boarding School is through the approach of oral dhikr, dzikir hati, and dzikir deeds. Based on the explanation that has been described, it can be concluded that the results of this study are related to sufistic therapy at Ar-Rahman Islamic Boarding School. The sufistic therapy is applied at the Ar-Rahman Rehabilitation Islamic Boarding School. First, dhikr is done verbally by pronouncing the lafadz "Allah" in zohir which can be heard by the patient himself or heard by the caregiver. Second, Dhikr is done with the heart (in the heart). This means that patients are invited and trained to remember God through a heart that is always in touch with God at all times, wherever and whenever. Third, dzikir with deeds is a manifestation of oral dhikir and heart remembrance. This means that all patient activities both from motion and behavior must be accompanied by dzikir (oral and heart). Keywords: Sufism, Islamic boarding school, rehabilitation, psychological problems