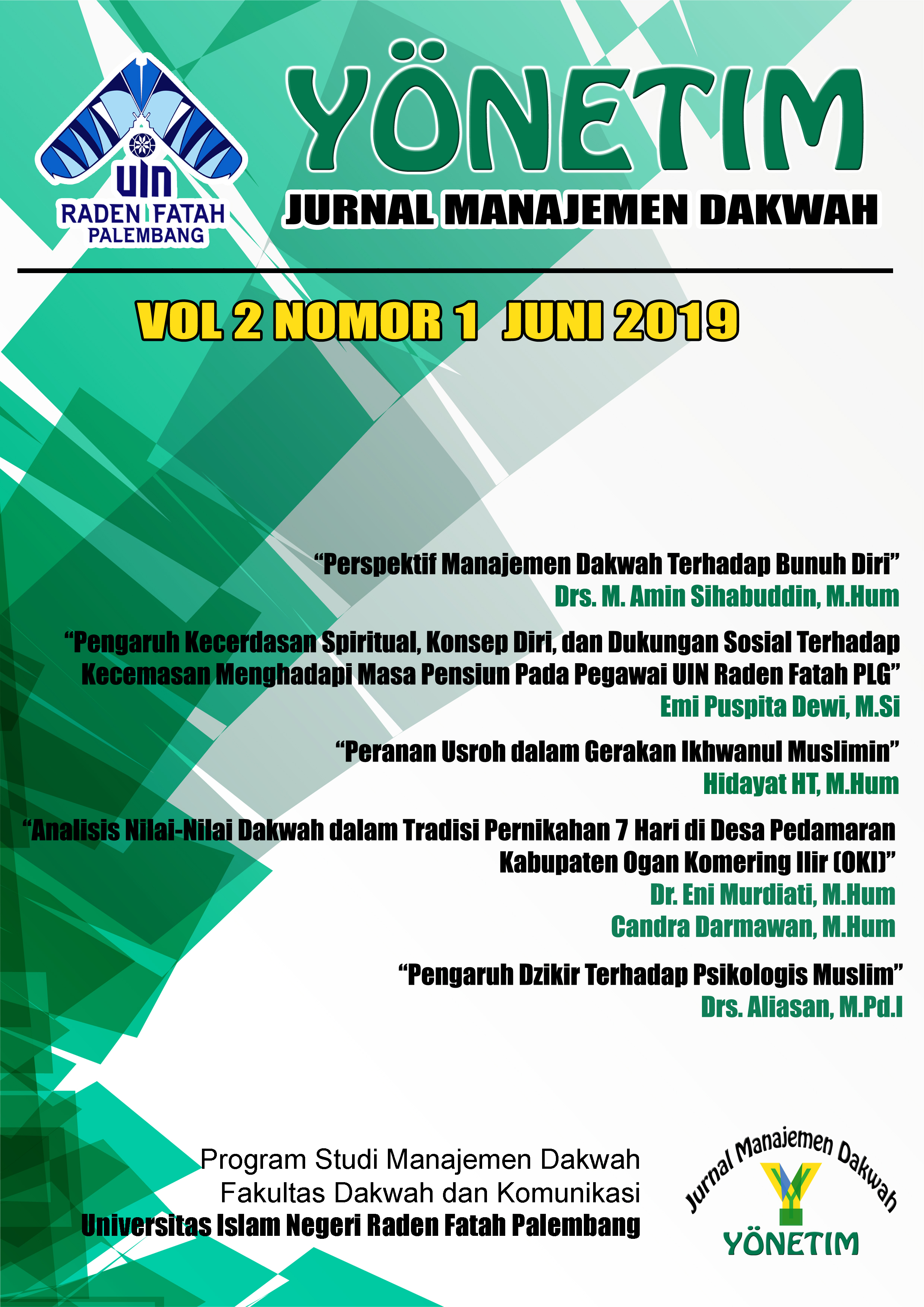 Abstract : In the history of the spread of Islam in contact with many cultures that live in the midst of the community among these cultures there are those that are in harmony with Islamic teachings and also conflicting, as in the tradition of Marriage in Pedamaran Village which is held for 7 consecutive days. In the process of tradition there are values of da'wah and values that are in conflict with Islam. The approach method used in this study is qualitative collecting data through observation, interviews and documentation with da'wah and cultural approaches. In this case there are two data sources, namely primary data and secondary data. Primary data is sourced from adat stakeholders, da'i, head of the Menang Raya Pedamaran Village, OKI Regency, employees of the religious affairs office, and the Pedamaran Village community. While secondary data comes from books related to the theme raised. The research results obtained in the tradition of 7 days of marriage carried out for 7 days starting with the first day to the seventh day, there are values of Islamic teachings (Da'wah) and values that are contrary to the teachings of Islam. So it can be concluded that the process of implementing a 7-day marriage in a pedamaran village starts the first day of the Kocek'an, the second day, the evening (marriage contract and buffalo slaughter), the third day of the reception at the bride's residence, fourth day, Antar juada, Kocek -cocek in the groom's residence, the fifth day of the evening in the groom's residence, the sixth day, the reception is in the men's residence, the seventh day is evening. Analysis of the value of da'wah found on the process day of Kocek-kocekan, Deka from the land, and that which contradicts Islamic teachings, namely the process of Antar juada, blanger, and Berarak Petang. Keywords: Analysis, Da'wah Values, Marriage Traditions

Yonetim: Da'wah Management Journal is licensed under a Creative Commons Attribution-ShareAlike 4.0 International License.
Based on a work at http://jurnal.radenfatah.ac.id/index.php/yonetim.