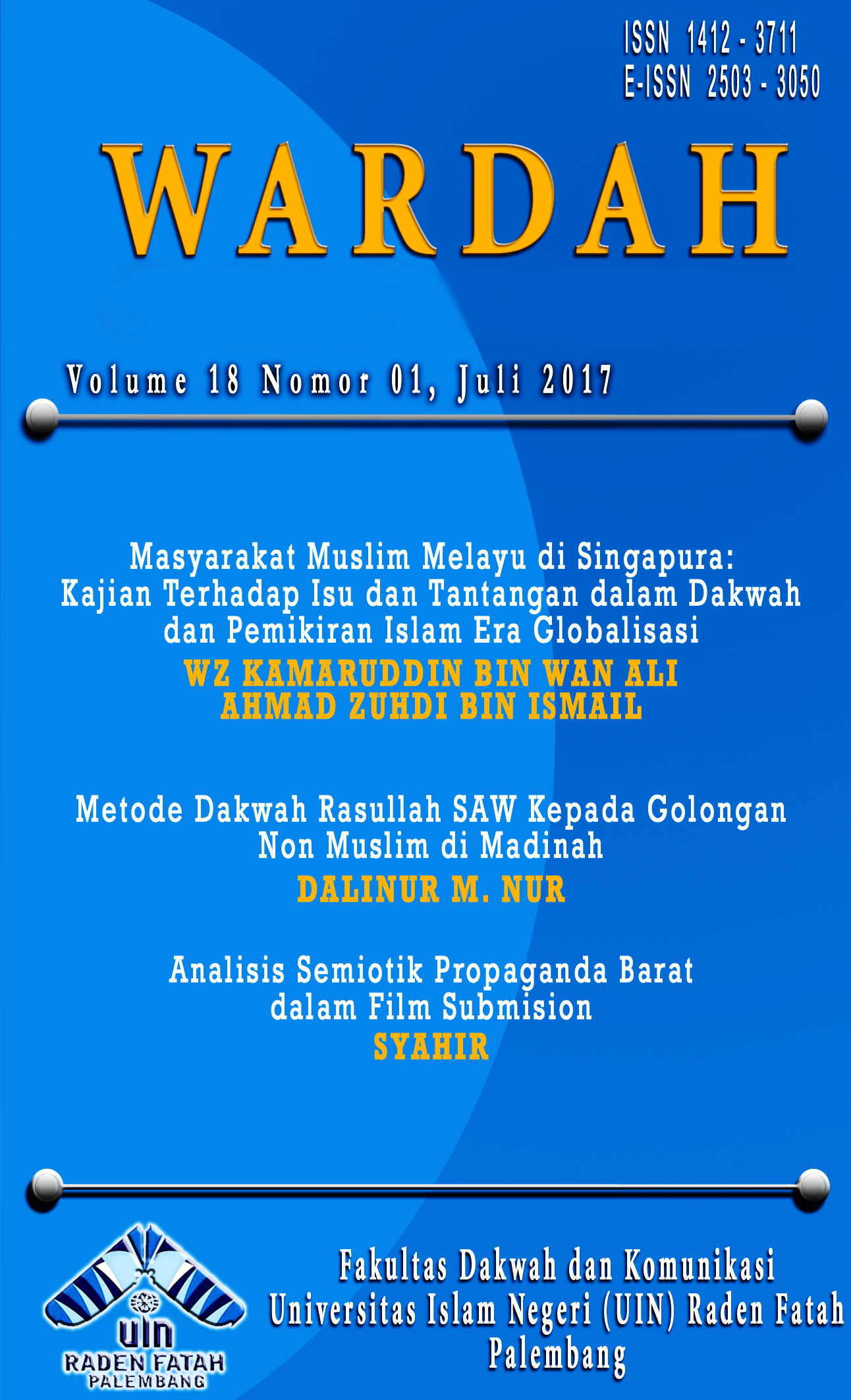 Da'wah is a call to believe in Allah SWT, dakwah is not a special task to a particular person but to all Moslems. In delivering da'wah required various methods and strategies in order the message of da'wah is accepted to the mad'unya. At the time of Rasulullah SAW, the method of dakwah used to non-Muslims in Medina was da'wah through writing (Da'wah bil Al-Qalam). He sent messengers, who carried Islamic invitations which addressed to Heraclius (Roman Emperors), King Negus (Ruler of Ethiopia), Khusrau (Persian Ruler), and other great leaders. This is motivated by the Hudaibiyah Peace Agreement, political and theological. The contents of the Prophet's message of propaganda send to the kings was amazing, always preceded by Basmalah, some letters also include verses of the Qur'an. The composition of the sentence in the letter of the Prophet SAW always preceded the phrase "From Muhammad, the servant of Allah, and his messenger", then mention the name of the king who became the object and mention his position and power. The message by Rasulullah SAW gives persuasive value to invite kings to embrace Islam. Besides writing method Rasulullah SAW delivered dakwah to the non-Muslims in Medina was lack of coercion in embracing Islam, equality, fairness, honesty, rahmah and goodness.