Pluralism is a modern study in theological discourse. Many followers of the world religions focus on this discussion, especially Muslims and Christians. The discourse offered by both Islam and Christianity in terms of pluralism contains the same value. Pluralism according to Islam originating from the Qur'an is a necessity. al-Qur'an stated that humans were created from a pair of men and women who in their development became diverse tribes and nations. The Sunnatullah is proof that Allah made humans as plural beings. While Christianity, which is represented by the Bible and cosmetics, believes that pluralism is reflected in the body of one with many members. Pluralists are not regarded as a barrier to unity, but are seen as something that enriches and complements each other. Through descriptive analytical and comparative methods it was found that both Islam and Christianity had a spirit of pluralism. 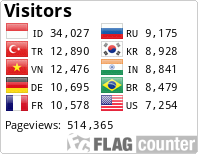