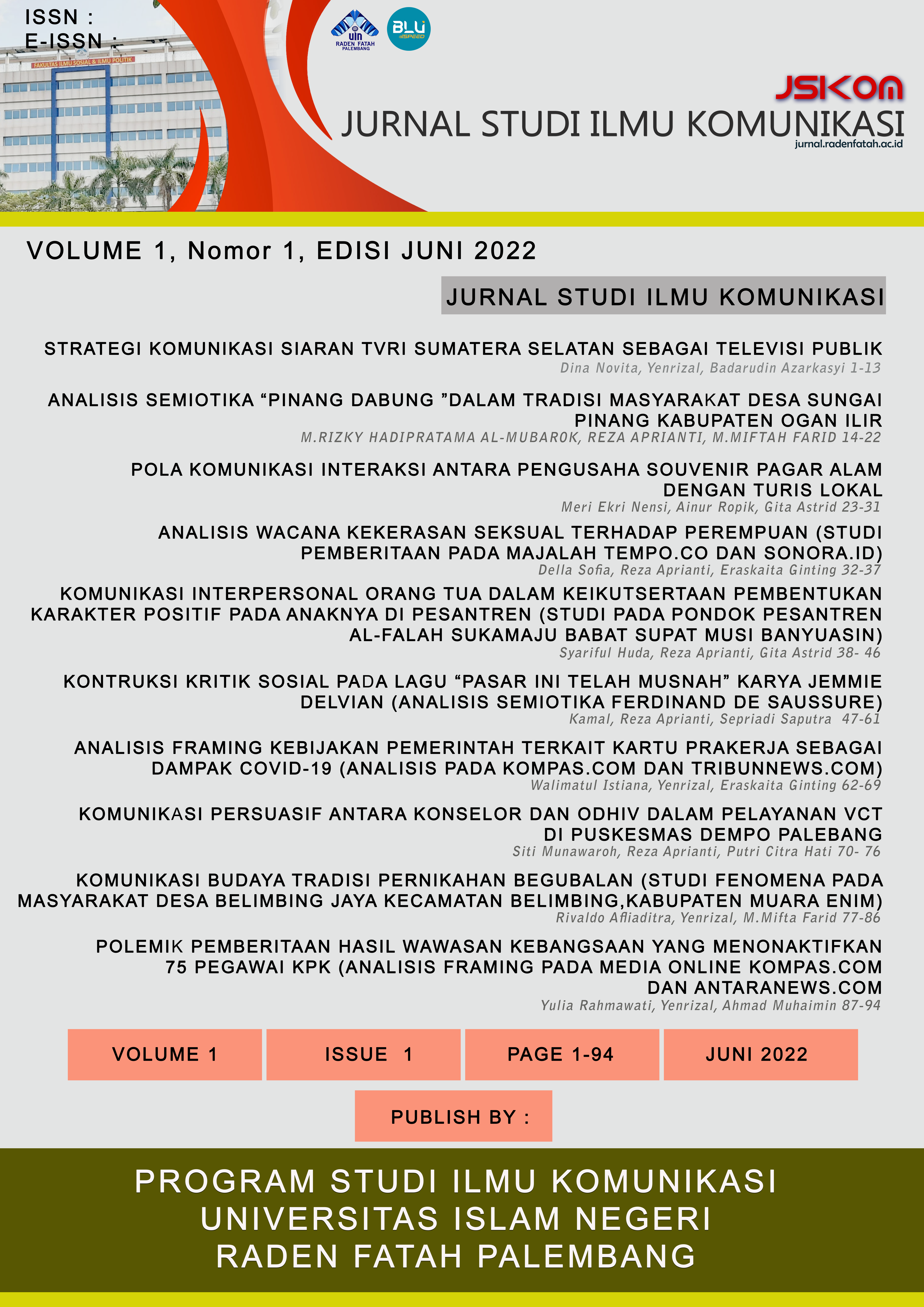 The family has a very big role in influencing the lives and behavior of children. The position and function of the family is fundamental, because the family is the first place for the formation of character and morals for children. Parents are people who are older or older people. Because parents are the center of a child's spiritual life, every child's emotional reactions and thoughts in the future are the result of the teachings of their parents. So that parents play an important and very influential role in the formation of children's character. The purpose of this study is to determine the interpersonal communication of parents in the participation of positive character formation in their children in Islamic boarding schools. The theory used in this research is the theory of family relationship schemes proposed by Fitzpatrick. This research method is descriptive qualitative research method, data collection techniques using observation, interviews, and documentation. The results of this study explain the family relationships carried out by parents in forming a positive character for their children in Islamic boarding schools to form types of families, namely consensual, protective and Laissez-faire family types